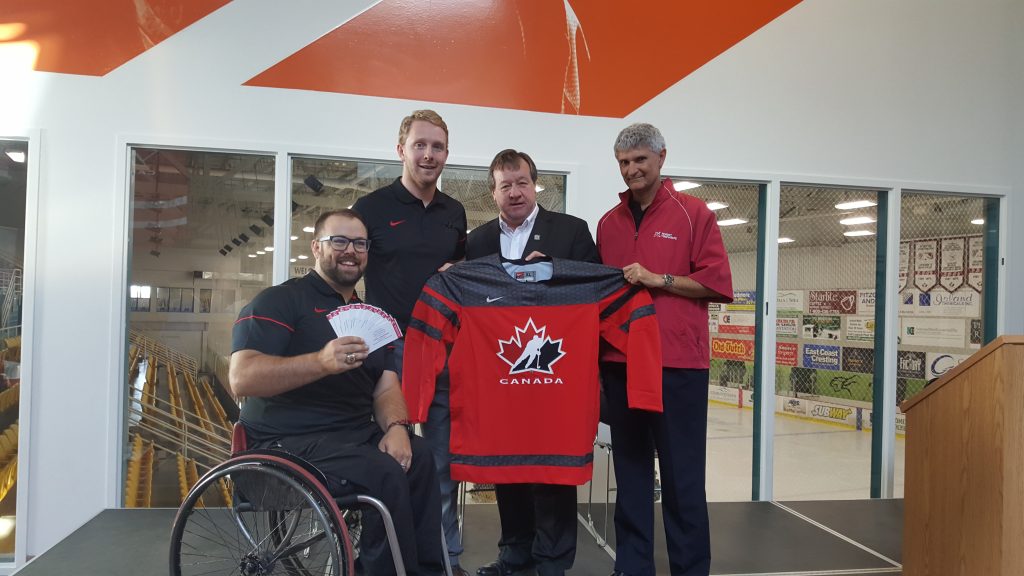 “The City of Charlottetown is proud to once again host the World Sledge Hockey Challenge,” said Mayor Clifford Lee. “Hosting this event for the third time speaks volumes to what our city has to offer as an event-hosting destination, and having this event in our city in December creates yet another sport tourism opportunity in what is typically a slower time of the year. We truly value our strong partnership with Hockey Canada and Hockey PEI and are excited about hosting this international event that will feature highly skilled para-athletes and leave a valuable legacy for the sport of sledge hockey locally.”This event is the first in a series of competitions for Team Canada as it looks towards the 2018 Paralympic Winter Games in Pyeongchang, South Korea. The complete schedule and teams Canada will be competing against will be announced in the near future.

Fans looking to take advantage of the best value can purchase full-event ticket packages online now, which include six preliminary-round games, two semifinals, and the bronze- and gold-medal games, for just $50. Packages will also be available for purchase at the MacLauchlan Arena beginning Nov. 7.

Other ticket options including preliminary-round and medal-round day passes will be available for purchase on-site starting Dec. 4. A special ticket package is also available for minor hockey teams.

“I’m so excited to have the chance to come back home and play in Charlottetown again,” said Bridges. “Both times we were here in the past were an incredible experience; we have a great young group of guys eager to bring the gold back to Canada.”

“We are excited to be a host-partner of this incredible event, which features some of the best Paralympic athletes in the world,” said Richard Pettipas, ParaSport and Recreation PEI board president. “Bringing this high-profile event back to Charlottetown will increase Islanders’ awareness of parasport opportunities and, hopefully, inspire some to give sledge hockey a try when they see many of our greatest Canadian para-athletes take to the ice right here in Charlottetown.”

The benefits of the 2016 World Sledge Hockey Challenge will be felt throughout Charlottetown and the Province of Prince Edward Island, with an estimated economic impact of $750,000.

The gold-medal game will be broadcast by TSN and RDS, Hockey Canada’s broadcast partners; check local listings for details.