The festival is a multi-sport event showcasing a variety of para sports offered in the province, including wheelchair basketball and tennis, goalball, para-cycling, and sledge hockey. More than 170 students and staff are registered for the daytime school session, while the event is open to the public from 5-7:30 p.m. Bridges and Hickey will lead the sledge hockey sessions for both the students and public with a demo from 6:30-7:30 p.m., which also includes members of the P.E.I. Ice Breakers joining the players for some thrilling sledge hockey action.

The 2017 World Sledge Hockey Challenge is one in a series of international tournaments Canada will participate in leading up to the 2018 Paralympic Winter Games in PyeongChang, South Korea, in March. Canada, the 2016 World Sledge Hockey Challenge silver-medallist, will be joined by Italy, Korea, and the defending gold-medalist, the United States, in the four-team event at MacLauchlan Arena, Dec. 3-9, 2017.

“The World Sledge Hockey Challenge offers an exciting opportunity for the public to see some of the world’s top ParaSport athletes in action,” said Charlottetown Mayor Clifford Lee. “We encourage everyone to come show their support for Team Canada.”

Fans can take advantage of the best pricing option by purchasing full-event ticket packages – which include all six preliminary-round games, both semifinals, and the bronze- and gold-medal games – for just $50. Tickets will also be available for purchase at MacLauchlan Arena starting Nov. 1. Other ticket options including preliminary-round and medal-round day passes will be available for purchase on-site starting Dec. 3.

“We are honoured to be hosting this event in partnership with Hockey Canada and the City of Charlottetown for the second year in a row, and fourth time overall,” said Bob Kenny, ParaSport and Recreation PEI board president. “We are grateful to once again have the opportunity to showcase this exciting parasport right here on P.E.I., these talented athletes are inspiring our young, up and coming para-athletes to do great things.”

All preliminary-round games, the semifinals, and the bronze-medal game will be streamed live at HockeyCanada.ca, while TSN and RDS, Hockey Canada’s official broadcast partners, will broadcast the gold-medal game, Saturday, Dec. 9 at 4 p.m. ET/5 p.m. AT; check local listing for details. 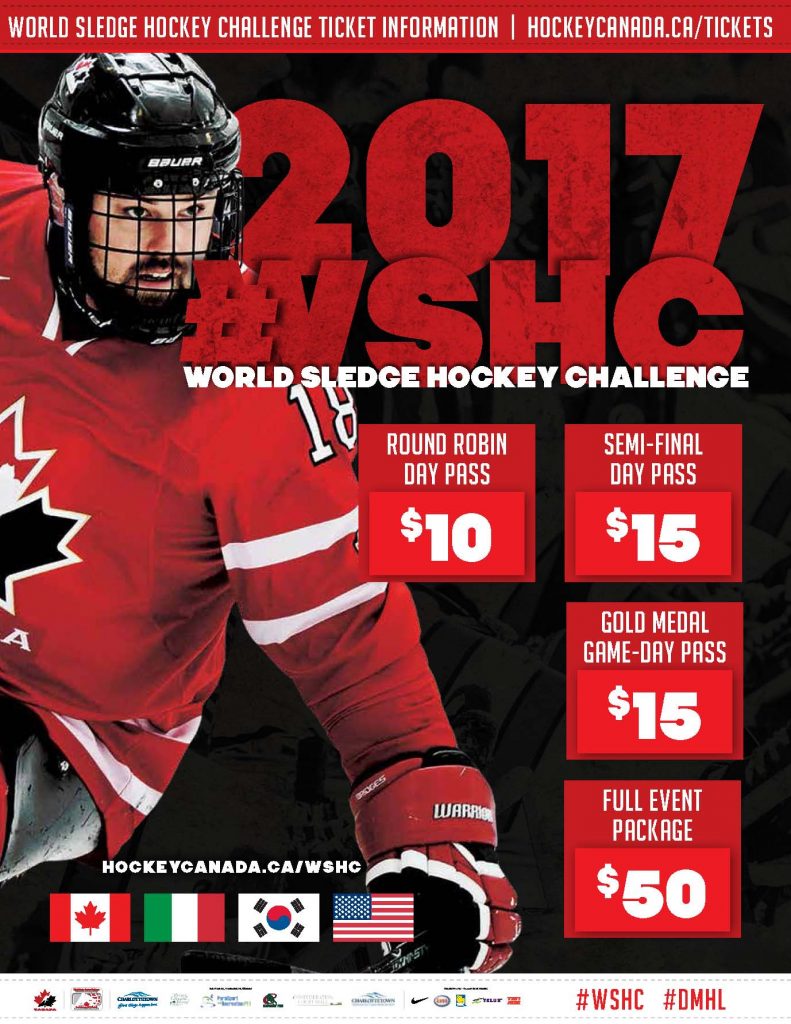